This past Sunday was my day of work and play. First the play. I had been driving to and from Shreveport the last three days doing volunteer work for Chimp Haven. So I'd been watching the progression of fall colors on the interstate, noting how they seemed a bit early for us but beautiful nonetheless. Since the hubby hadn't seen them, I suggested on Sunday that we take a little drive to see the colors before the week of anticipated rain brings them down. He suggested we take our two cats along for the drive, sort of a family Sunday road trip. 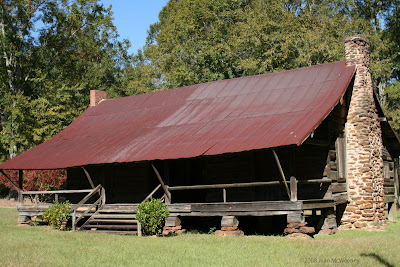 We headed north and then west, stopping by the Autrey House for a photo op. The Autrey House is a "dog trot" house, a typical mid-nineteenth century hand-hewn log house built by the early settlers. A dog trot house has an open central hallway with two rooms on either side and a sleeping loft. (I'm sure it didn't originally have a tin roof.) Not many of these have survived so this is quite a historical gem. 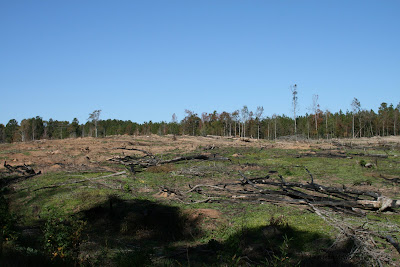 Further travels revealed a clearcut. Rather disappointing and ironic when looking for fall colors. In fact, not many fall colors were to be found on our journey. I think we were too late for the sweetgums and too early for the red oaks. 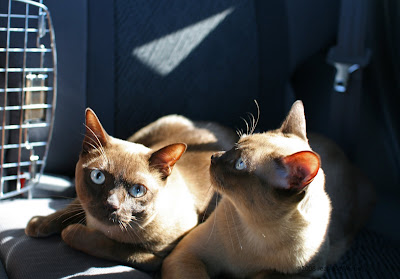 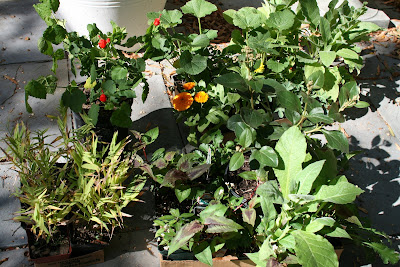 On to the work! After our travels I finally got industrious with all the plants I bought while in Austin the weekend before. With the help of my husband I created another bed and essentially connected two other ones with the new one. I also moved a lot of existing plants around and planted all the new ones. The plants I'm most interested in seeing how well they do are the Red Dragon persicaria and Eupatorium viburnoides, also called Viburnum Mistflower. This one is related to Joe Pye Weed but it's woody and flowers in the fall. Unfortunately I haven't been able to find a lot of information about it on the web. Guess it's relatively new to the trade.
Have you ever bought a plant, not knowing exactly what it'll look like but thinking it would be neat anyway? And then you get home and do some research and go "what the heck was I thinking of?". I found I had done just that. I thought hollyhocks would be nice since part of my garden was developing a cottage garden look. But it turns out the ones I bought are those double flowered kind and the photo I saw of them online makes them look dreadful. They're called Summer Carnival. So I stuck them in the back where they won't be very visible.
I forgot to take pictures of all my work efforts and now it's raining. Good for the new plants though!
Posted by Dig, Grow, Compost, Blog at 2:19 PM