Slugfest and other garden battles

The spring rains, as I blogged about last, are bringing some not so wanted things to the garden. Chief among them are the slugs. I never had slug problems, or not much of one, until this year. Seems they've found their way into my raised beds and unbeknownst to me, were decimating the vines I was trying to grow on my willow teepee. But I caught them at it this morning and hope to score a knockout punch with them tonight. Below you can see what's been happening to my vines. This one is a hyacinth bean vine (Dolichos lablab). 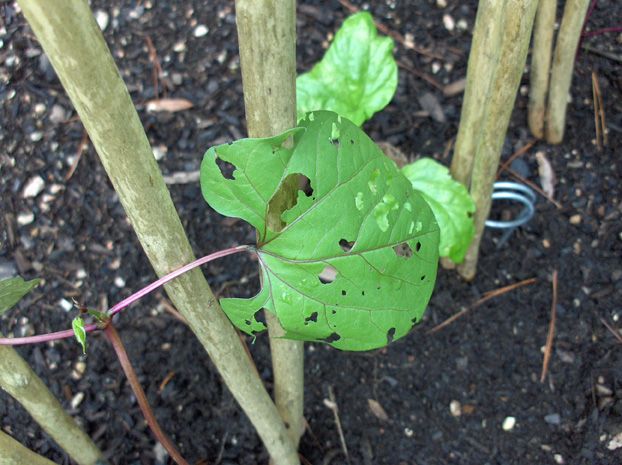 Are the slugs responsible for the state of my jalapeno pepper plant? Hmm, I'm not sure. Anyone out there know? 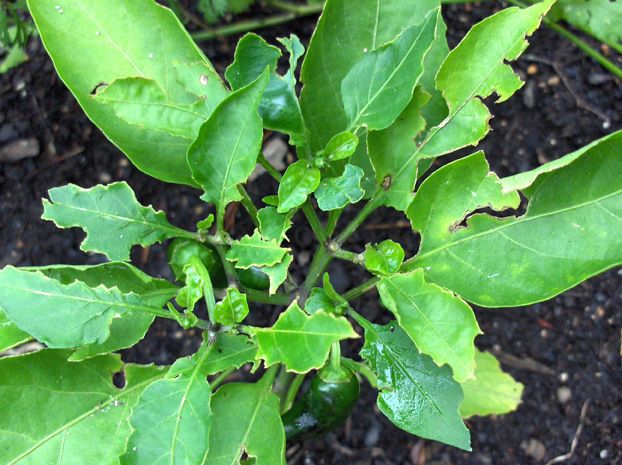 The rains have also brought a host of fungi. Below you can see, if you look hard, the powdery mildew which is covering my coreopsis. Hey, I thought these flowers were supposed to be easy as pie to grow?! 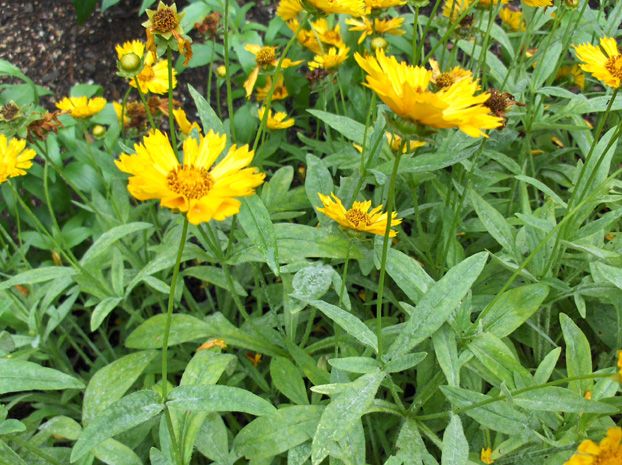 And of course, my old friend Mr. Blackspot is back. The Marie Pavie rose has frequent bouts of blackspot and right now she's in tough shape. But I know she'll be back. I have a few other roses with blackspot, one old red rose that was here when we bought the house (might be Cramoisi Superior), the climber Madame Alfred Carriere, and a hybrid tea (what possessed me?) called Veteran's Honor. However, The Fairy, Janet, and Red Cascade are still disease free. If only it would stop raining long enough for me to get out the spray (organic of course). 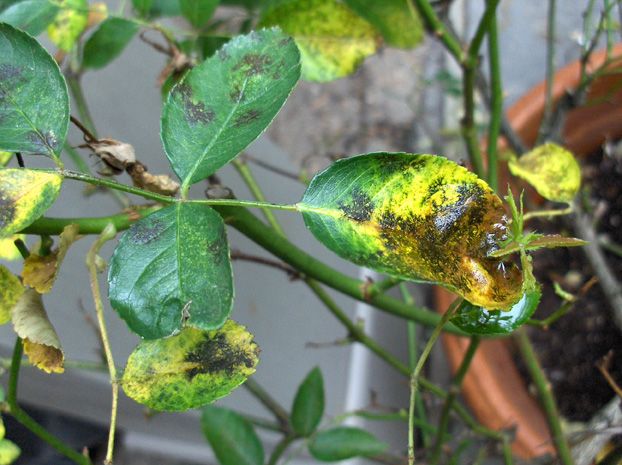 There. That's enough about the ugly stuff. Besides, it's thundering again. :-( I hope to blog about some nice blooms tomorrow!
Posted by Dig, Grow, Compost, Blog at 1:03 PM