I just couldn't stand to have those ugly pictures in my previous post hanging around at the top of my blog. So here's some things that look kinda purty instead. 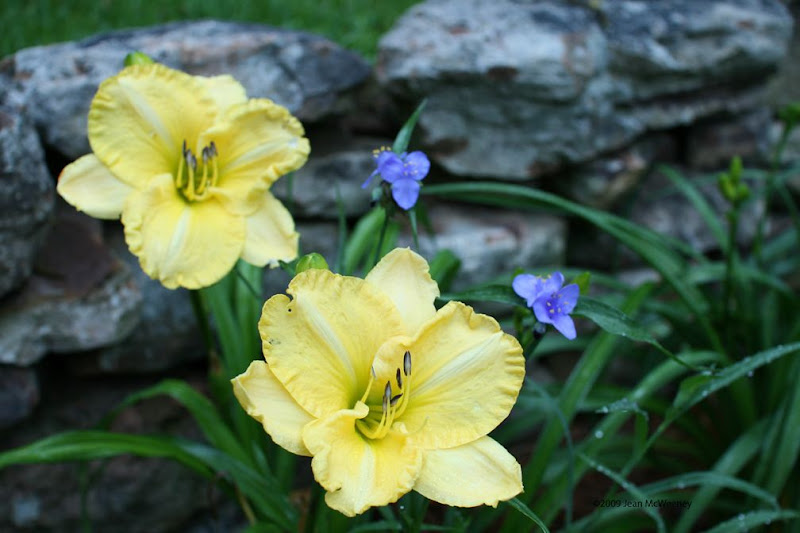 These daylilies are the first to come out. Unfortunately I don't know their name as they came with the house. The Spiderwort in the background is a nuisance 'weed' that keeps popping up here. But it does look nice with the yellow! 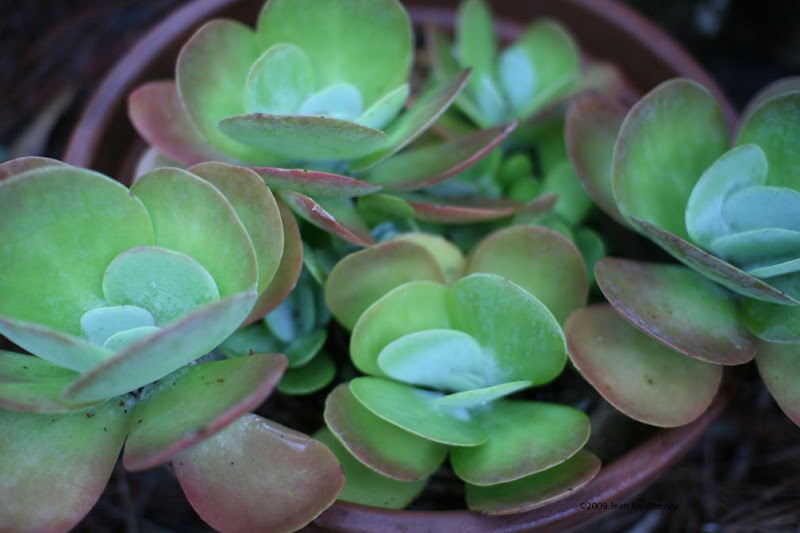 Here's my Flapjack succulent in the early morning light. It was supposed to be repotted this spring but never made it. 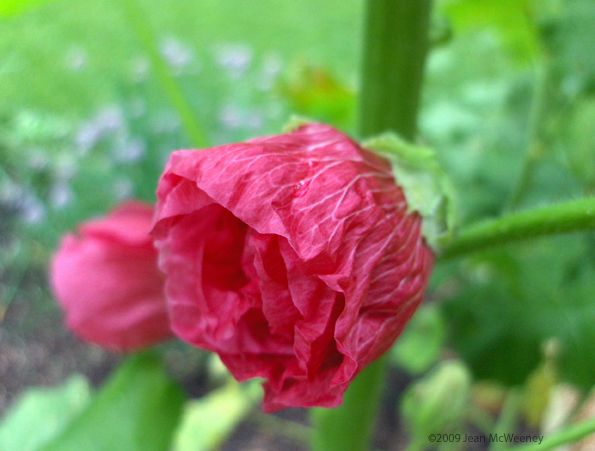 This is the first hollyhock bloom I've ever had. They're new for me this year. I probably won't be growing them next year because they came down with rust real bad. I didn't know that they had a tendency to do that when I bought them. The other odd thing is this is supposed to be 'Summer Carnival' mix, which has a double or semidouble bloom in 4 shades. But it looks like a single bloom to me. 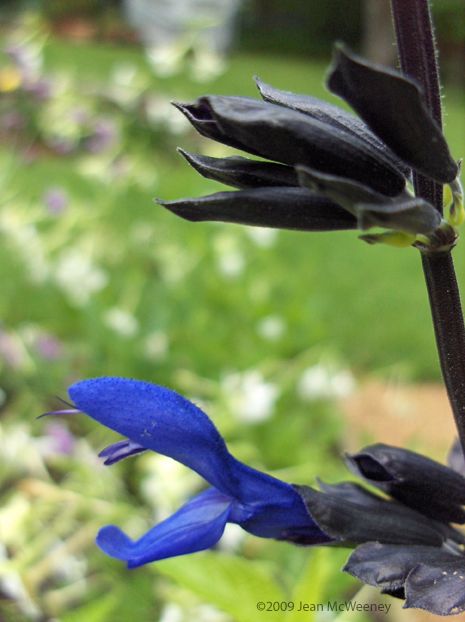 My 'Black and Blue' Salvia is finally starting to bloom. I've been anxious for it since the hummers like it so much. From this pic you can see why it has that name.

And can I just add something that has nothing to do with these blooms? Summer has been here for weeks now and it's starting to make me mad! What happened to spring??
Posted by Dig, Grow, Compost, Blog at 8:33 PM